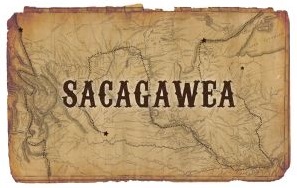 The spelling “Sacagawea”is endorsed by the US Geographical Board and authorized for its use by Federal Agencies.

As with the date of her death, the spelling of her name is a long running controversy and still a matter of debate among scholars. Over the years it has been spelled Sacagawea, Sakakawea or Sacajawea. Each spelling has its own origin and tradition. But what is the correct spelling of the name of the Native American woman who accompanied Lewis and Clark to their journey to the Pacific?

The debate centers on where her name originates, how it is spelled and how it is pronounced. This is due in part to a dispute over which tribe Sacagawea belonged. Depending on which language is used the spelling and meaning of her name will vary, its spelling also follows geographical areas.

In the journals of Lewis and Clark Sacagawea was also referred to as “squaw” meaning “native woman” and not in a derogatory connotation which is now associated with that word.

The spelling of Sacagawea with a “g” has its origin in the Lewis and Clark journals. Clark observed that Indian words would be cataloged “to make every letter sound”. All entries in the journal, referring to her, use the hard “g’ sound.  In fact there are seven variations of its spelling in the journals: Sah-kah-gar-we-a, Sah-ca-gar-me-ah, Sah-cah-gah-ew-a, Sah-cah-gah-we-a, Sah-cah-gar-we-ah, Sah-car-gar-we-ah and Sah-car-gar-me-ah.

Sacagawea is the most widely accepted spelling of her name. It is endorsed by the US Geographical Board and authorized for its use by Federal Agencies.

Sakakawea means “Bird Woman” in Hidatsa which should sound Tsi-ki-ka-wi-as. Supporters of this spelling are the Three Affiliated Tribes, Mandan, Hidatsa and Arikara, who claim is the official way to spell it. The use of this spelling of Sakakawea and its meaning are based on the fact that Charbonneau told Lewis and Clark during his job interview that one of his wives’ name was “Bird Woman” which translates to Sakakawea in Hidatsa. This spelling is widely used in North Dakota.

In Shoshone Sacajawea means “boat launcher”. The Shoshone people claim that because the sound “j” does not exist in the Hidatsa language it was substituted by a hard “g” sound which changes its meaning from “Boat Launcher” to “Bird Woman’. This spelling is widely used in Idaho. This spelling became widespread with the publication in 1902 of the novel The Conquest: The True Story of Lewis and Clark by Eva Emery Dye.

The Lehmi Shoshone call her Sacajawea and memorials erected on her honor by the Lemhi use the spelling Sacajawea. Currently most people spell her name Sacagawea but sound it Sacajawea with a “j”.

Next – Controversy of Sacagawea’s death >>